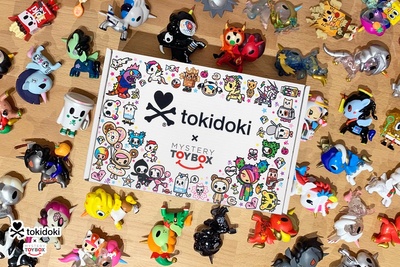 by Mystery Toy Box by Mindzai
Perfect for tokidoki fans!! Get 5-8 items each month from the iconic brand! Officially Licensed!
★★★★★1 review
Plans as low as