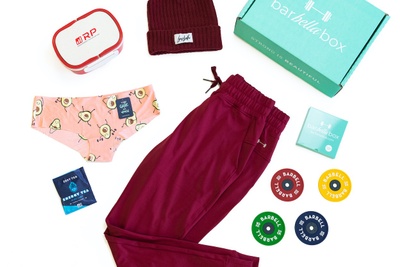 I've had three boxes from barbella, February, March and April. The box is poor quality. The clothing feels cheap and the box is filled with coupons that you can find anywhere. The best thing I've received in the box is the Hip Circle which is only a $25 value. Supposedly the joggers are a $50 value and there has been so many complaints of them falling apart already. The bag from Aprils box is a $45 value. Yeah right. The bag is a joke. I understand that there was a fire that month and the original bag was ruined but instead of finding a cheap piece of crap maybe find something else that's worth that value or send out the same bag remade later. I'm just super disappointed that I wasted my money on this subscription box. I originally ordered because I saw they had a chestee box and an exo box and even an unbroken designs box. These past few boxes make Barbella look like a completely different company compared to those boxes. Hopefully they step up their game in the future.