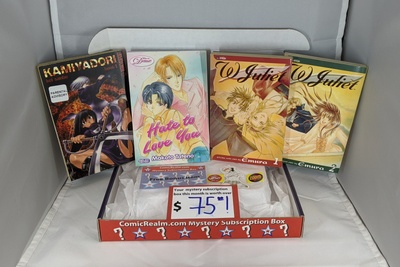 The box I received was interesting, however, it kind of felt like it was just some stuff they were not able to sell. Also, I received an email saying that my package shipped on the 23rd but it didn't actually ship until the 29th. I don't know if that's normal but it doesn't seem like it is.

James sorry to hear you did not enjoy your box as much as we thought you would.
We gave you $102 worth of TPB and Mangas for $25.00 shipped.
Shipments going to the USPS are out of our control once released to them.
Thank you for the honest review