★★★★★19 reviews
Fort Myers, FL
A Killing Affair games are just like watching your favorite TV show. You will start with Season 1, Episode 1, and all seasons are 5 episodes long. Each month you will work through secret messages, hidden clues, and evidence, all while eliminating suspects. Once you have your final episode, you will have everything you need to convict the killer. 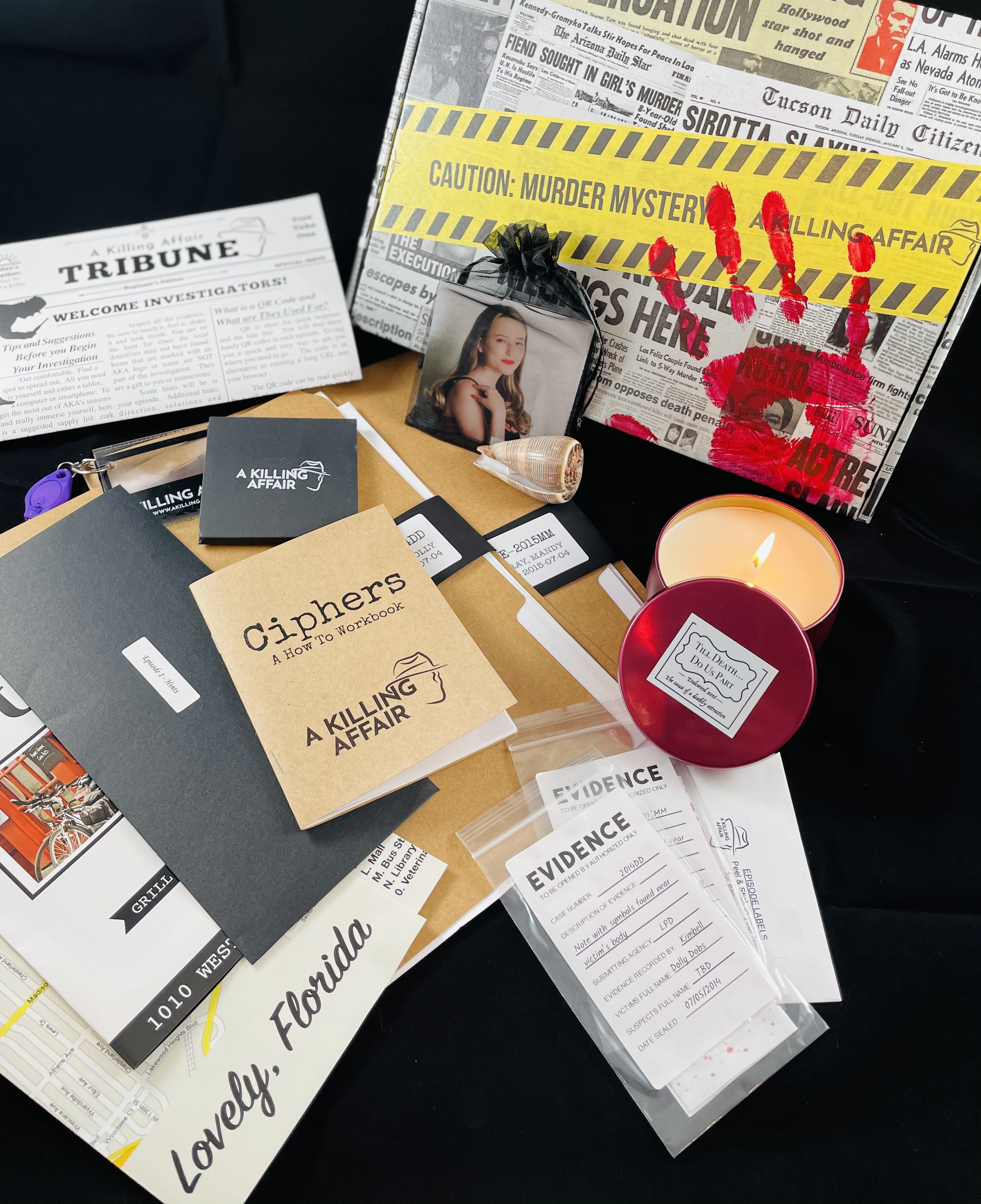 This Whodunit is KILLER

With A Killing Affair, solving a case and bringing a murderer to justice unfolds like watching your favorite crime show - episode by episode, season by season. With each monthly episode, you’ll work through secret messages, hidden clues, and puzzling evidence to eliminate suspects. By the final episode, you have everything you need to convict a killer!